Comic Books and Film. The two are complimentary artforms which focus on the craft of storytelling. There was a time when comic book adaptations of blockbuster films like “Star Wars: The Empire Strikes Back” and “2001” were a dominant force in the industry of sequential art. However these days, it would seem that film adaptations of comic book properties have superseded their inverse counterparts. All one has to do is look at the multitude of films from the Marvel Cinematic Universe to witness the skyrocketing popularity of this cinematic genre.

Yet another complimentary juxtaposition of film and comics is that of the short film and the one-shot comic book. Both tell a short self-contained story and are artforms that are more closely associated with independent artists than the corporate driven stories of feature length film and ongoing comic book series. 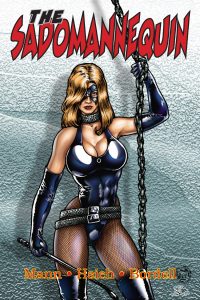 “SadoMannequin” begins on a late Alabama eve whose onyx sky is punctuated by the jagged luminescence of lightning bolts illuminating a raggedy looking warehouse. We are introduced to our hapless protagonist, the pudgy everyman named Peter. Peter is a new hire who receives instructions from his surly colleague just as the latter is leaving work for the evening. Peter is given what would seem is the most simple and easy of work tasks: 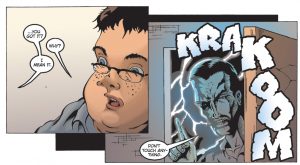 The “SadoMannequin” throttles Peter relentlessly with the stinging tendril of a vicious whip to an inch of his life. He has no choice but to preserve his life if not his dignity, by using the cold steel of a nearby pistol and the precise ballistic impact of a silver bullet. The bullet finds its mark square between the eyes of the seductive helion who is sent back to her infernal resting place. 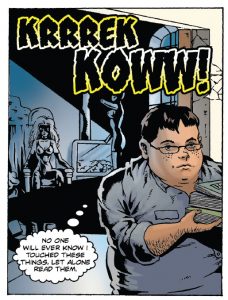 Peter is safe now to follow the instructions he received earlier in the evening.

With the knowledge that by the light of the moon he might be able to transform another female facsimile into the living temptress of his dreams, Peter grabs yet another mannequin and places her in the moonlight. As he hoped, the pale rays of lunar light invigorate the lifeless figure into a living siren. She approaches him, grasping his collar with intensity, pulling him close to her. Peter’s lips purse together and his eyes close in anticipation of the forthcoming passionate kiss.

Suddenly, a crashing bolt of lightning interrupts the romantic interlude. 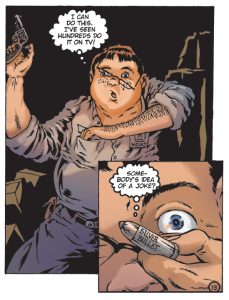 The next evening we find a similar scene as the introduction of our story. This time, a new employee, John, is taking over the same night shift as Peter. John begins his nightly duties looking after the various curiosities inhabiting the warehouse. Just as it appears that things are taking a turn for the mundane, John comes across the grisly deceased corpse of Peter.

The ethereal silhouette of the lethal seductress of night, “The Sadomannequin” approaches silently behind John like a coiled cobra ready to strike.

John doesn’t notice her stalking figure behind him. He only sees the haunting gaze of the deceased Peter, glaring out at him in a tragic, vacant stare.

John’s heart races and he realizes that he has only one task now. 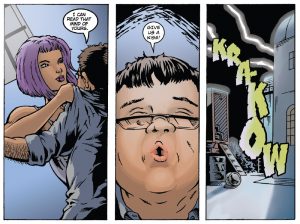 “SadoMannequin” is a fast paced romp which balances action, humor, seduction, and horror much in the same fashion as the Evil Dead film series by cinematic powerhouse Sam Raimi.

Readers will definitely find a lot to enjoy in this cautionary tale, but be warned…you’ll never look at a mannequin the same way again. 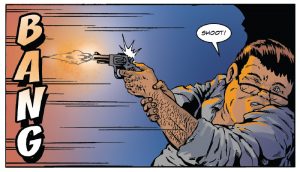