Tag: Planet of the Apes

Silverline Comics > Planet of the Apes

Hey there, Silverline readers and comic creators! I was able to get a hold of a very important person at Silverline, our Editor-In-Chief Roland Mann. Roland has a long and storied career in comics that you can read about in his Creator Page. He has also worked on many projects that involved adopting other mediums to comics.

With the world now familiar with comics being adapted into phenomenal blockbusters, I wanted to look at what that process looks like going the other way. Here, Roland talks about what is involved when a writer is asked to adapt something else into a comic. – Tim

Adapting “A Something” into a Comic.

If you had asked me when I first started writing if I would do so many adaptations, I’d have told you no, that I was only going to write original stories. Stuff I’d conceived in my own head. Yet, as I look back, I’ve done quite a few adaptations: Rocket Ranger (PC game), Adventures of Huckleberry Finn (novel), Wizard of Oz (novel), Gladiator (novel; the comic was never published, but I did the work!), SadoMannequin (short film), The Remaining (feature film), and She-Devils on Wheels (B-movie)…more recently, my adaptation of Thumbelina. Then there are the works that seem to be adaptations, but are rather a “sandbox adaptation,” meaning I’m playing in the original sandbox, but I am writing original content. My Battletech and Planet of the Apes series fall into that category.

The first thing you have to consider when writing an adaptation is what exactly does the editor/publisher want. If they want an exact adaptation, that’s one thing. If you can take some creative liberties, that’s another.

Straight adaptation is a little easier, but not as creative. Adaptation with some creative liberties is what writers really want to do because—well, they get a little creative freedom.

This is where I start looking at the scenes and make notes—“vital”, “important,” “be cool to have,” “if this is gone, no one will miss it.” Things like that. The next thing I do is examine the scenes and try to visualize how many comic pages that scene will need. Yes, it’s often guesswork, but you’re generally working with a set page number established by the editor/publisher. You know what you have to work with.

Then, I add all the pages up. If I have too many—which I always do, I look at the scenes marked “no one will miss” and start crossing through them. Generally, I keep a running tally so I know the page count. Sometimes, though, I’ll just remove all the non-essential scenes all in one swipe and then add it up. I’ll work my way down until I get to the page count desired by the editor/publisher.

My next step is to work on a page by page plot. The old Marvel method allows me to more accurately visualize what will actually happen on each page. Sometimes I find that I’ve allotted too many pages for a scene, or sometimes—more often than the other—I find that I haven’t allotted enough. But I’ll go ahead and do this for the entire story and see what the total page count is.

Once I’ve done the entire thing, I won’t go auto-delete things, but I’ll reexamine the scenes labeled as “be cool to have” and see if I can reduce the pages required. If they’re marked that way, it’s something that would be good to have, but maybe I shouldn’t devote so much space to it. In all honesty, this usually works for me to get it down to the required page count. If it doesn’t, though, I’ll go through those same scenes and try to determine which one(s) can be cut to make room. This has always gotten me there.

It’s still a lengthy process, but it’s a different one than creating a story from scratch. The main thing a writer should remember is that it’s your job to be true to the original, to capture the things from the original that fans love. 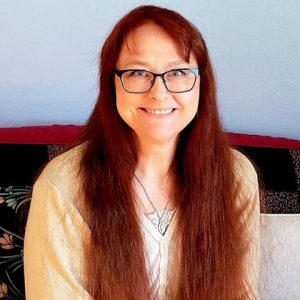 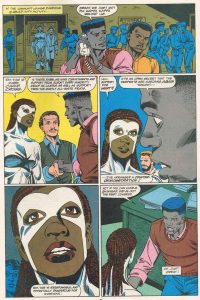 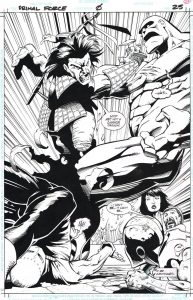