Up this time is Jaxon Renick, a comic book artist who has worked on Deathstroke: The Terminator, SilverStorm II, Marauder, and Open Space! 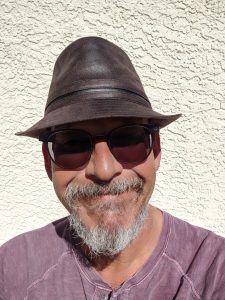 Silverline: So, who are you and where do you hail from?

I am Jaxon Renick, I come Bartlesville Oklahoma (Home to Phillips Petroleum) and have lived in Aizona, Texas, Missouri, Utah and Washington. In some cases, more than once over the years.

Silverline: What would you say it is you do here at Silverline?

I interpretate and coalesce the writings of talented word smiths through the use of pencil and paper…the interpretative dance part is just for me.

Silverline: Where might Silverline readers have seen your work previously? 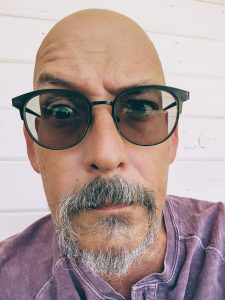 Silverline: When you’re not making great Silverline comics, what do you do in your spare time? What are your hobbies?

Silverline: Many creators at Silverline have been in the comics industry for years — what’s kept YOU plugging away at comics?

I’ve been in and out over the years. Sometimes due to burn out, just busy with other stuff and in complete honesty, depression, but there’s always a spark awaiting to flare up into full blown artistic mode. Always! Plus, Roland’s hard to say “no” to!

Silverline: What was the first comic you remember reading that made you think, “Hey, I could do this!”

I don’t recall there being that first comic moment for me, but I do have drawings of Tono and Kono The Jungle Twins that I did when I was just a wee little one. 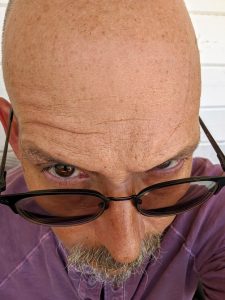 Music’s a big influencer when drawing. What I listen to while at the ol’ drawing board is dependent on what I’m drawing  and what energy or emotion/mood I’m wanting to convey.

Silverline: Who were some of your earliest influences on your art?

Silverline: What was the first comic you ever worked on professionally?

Silverline: Can you still read that comic today without wincing?

Silverline: What are some non-Silverline independent comics you would recommend to readers?

I do not have an answer for this one.

Silverline: If you could go back in time and give your younger self one piece of advice that would help them better navigate the comics industry, what would it be?

There’s an abundance of artists out there, none of them are YOU! Now go do that voodoo that you do, so well!