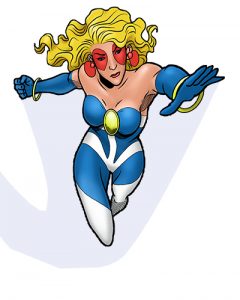 Kris Kastle loses his father’s company, the Kastle Foundation, in a hostile takeover. Unfortunately for Kris, the loss of the company also comes with the loss of propriety military grade hardware…an armored suit which, when worn, Kris is known to the world as the superhero Silver Dollar.

Kris recruits the help of his supermodel friend, who also happens to be the superhero known to the world as Tempest, to help him get it back. Along the way they encounter the Mafia, and local (to New Orleans) hero known simply as Demon. 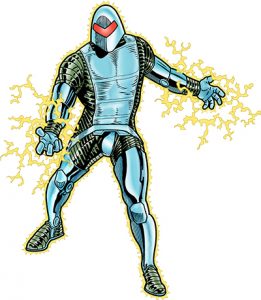 Written by Roland Mann, pencilled by Jaxon Renick, inked by Chuck Bordell, lettered by Brad Thomte (#s 1-3) and Nick McCalip (#4). Soon to be in color!