Here’s where you can place your bid for the Silverline Comics Mystery Box!

There are 10 total mystery boxes.

You will note those items total 10. The items do not stack, meaning only one of the above is in one of the boxes–you won’t get two of the above…unless you get two boxes, that is.

Opening “bids” for each start at $50. Please bid in increments of $5 or higher. To bid on a box simply REPLY to Roland’s comment below to the appropriately numbered box. Thus, if you would like to obtain Mystery Box #7, scroll down to find Roland’s comment for “Mystery Box #7” and REPLY to that with your opening bid of $50…or outbid whoever has already bid.

We have planned for $25 for the Fed-ex rate (they quoted us $25-$30). So $25 for the contents is–we think–one heck of a deal. It IS an auction, so some of the boxes will likely (hopefully) be more than the initial amount…but we HOPE that is the case.

We’re doing this to raise some money to create more fun Silverline items, small things like the #makeminesilverline wrist bands, yes, but bigger things, too. Two of these new things you’ll find in each mystery box (we can’t WAIT for you to see them!). 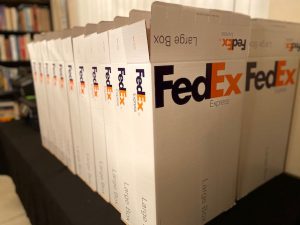 We WILL ship internationally, but in addition to the bid, you’ll need to cover any fed-ex charges above $25. We’ll get the exact charges from Fed-Ex and then let you know. This could be a great way for some Silverline international fans to get some coveted Silverline product.

To “close” the auction/bidding, the comments will be closed on Sunday, Dec 18th at midnight EST (which is 9p PST). A few days for collecting funds…we will work to get all packages off to winning bidders before Christmas!

As always, thank you so much for your continued support of Silverline.