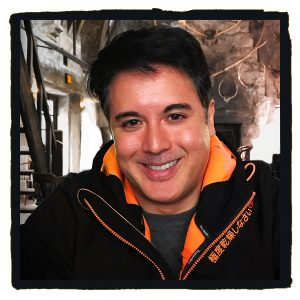 Kurtis Fujita serves as the Creative Director at Silverline Comics and the Editor on the Kayless series. He began his career at Malibu/Marvel Comics at the tender age of 15, where he worked in the Editorial Department and was Color Designer for some of the company’s leading titles including Spiderman & Ultraforce.

Upon graduating from the Academy of Art University with a Bachelor’s Degree in Character Animation, he utilized his strong concept art and computer graphics skills, by transitioning to a career in video games where he worked in the U.S. and Japan for companies like Sony Playstation on noteworthy properties like Lord of the Rings and X-Men.

Kurtis took some time off from the commercial art world to become a Kung Fu Master and teaches as the Head Instructor of his Martial Arts studio, Tiger Crane Kung Fu. At the behest of his Comic Book Mentor, Roland Mann, he has once again returned to the world of Comic Books with renewed vigor. He aims to unite both his passion for Comic Books and Martial Arts in a soon to be announced comic book series.