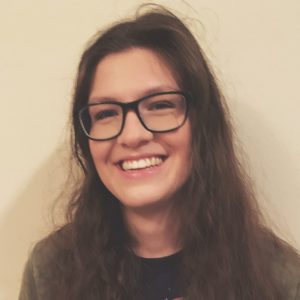 Haley grew up in California and received a BFA in Art from Biola University. She exchanged Disneyland for Disney World and now lives in Florida. Although she has been drawing since she could hold a crayon, it wasn’t until her senior year of college that she decided to seriously pursue making a comic using a cast of characters she’d been drawing for years. She never thought she’d have the drive and discipline to create a long form comic, but once she started, she was hooked.

Haley creates the webcomic Heroic Shenanigans, an all-ages story about superhero summer camp, which she has been posting online since 2015. As awesome as it is to read comics online, nothing can replace the feeling of a book in her hands and the smell of paper, so Haley is steadily filling her shelves with more comics and graphic novels, and hopes to someday have a whole shelf for projects she’s worked on!

Haley is the artist for the upcoming Silverline title Beah, written by Roland Mann.