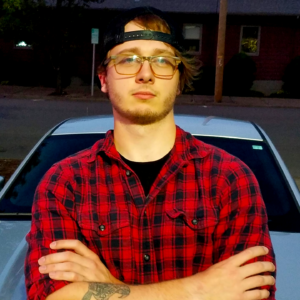 Tim T.K. Thiessen is the Associate Editor at Silverline Comics, a published short-fiction writer, and a digital content producer. Tim is the creator and writer of the Silverline comics Wolf Hunter and Sol Ascendant. He also served as the project editor for the Craft series; a monthly deep dive into comic creator’s craft and style. Tim also hosts and produces the weekly webcast That Silverline Show on Tuesday.

Outside of Silverline, Tim has written and published several pieces of short fiction. He is most well known for his piece Family, published by Down in the Dirt, which has been collected in three anthologies. Tim also produces his own live content through Twitch and other digital media platforms.

Tim has also acted in several pieces of community theater and student films and is afraid of what pictures of him might be on the internet.