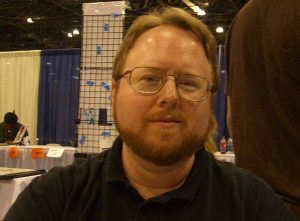 Leonard Kirk resides in Ontario, Canada and has been drawing comics since the early nineties. Beginning with titles including Planet of the Apes, Galaxina, Dinosaurs for Hire and Star Trek: Deep Space Nine, he stuck with smaller publishers like Malibu Graphics before moving on to DC and Marvel.

His mainstream career started with a six year run on Supergirl. Leonard’s work at DC included stints on JSA, Aquaman, H.E.R.O., Legion of Superheroes and Detective Comics. He also contributed to series like Witchblade, Tomb Raider and Freshmen for Top Cow as well as Bloodhound for Dark Horse Comics.

Most recently, Leonard has concluded runs on The Fantastic Four, Squadron Supreme and Black Panther as well as Captain Canuck for Chapterhouse Comics. Currently, he is featured on various Star Wars titles with Marvel.