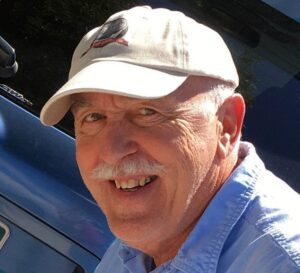 Ron Fortier is a comic and pulp writer/editor who is best known for his work on the Green Hornet comic series and Terminator – Burning Earth with Alex Ross.  He won the Pulp Factory Award for Best Pulp Short Story of 2011 for “Vengeance Is Mine,” which appeared in Moonstone’s The Avenger – Justice Inc. and in 2012 for “The Ghoul,” from the anthology Monster Aces.  He is the Managing Editor of Airship 27 Productions, a leading New Pulp Fiction publisher and writes the continuing adventures of both his own character, Brother Bones – the Undead Avenger and the classic pulp hero, Captain Hazzard – Champion of Justice.

In 2017, he was awarded the first, Pulp Grand Master by the Pulp Factory.

You can find him at (www.Airship27.com)

He created and continues to write the following independent comicbook series; Mr. Jigsaw Man of a Thousand Parts, Airship 27 presents All Star Pulp Comics and Ron Fortier’s Tales of the Macabre.