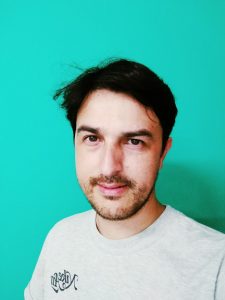 Leandro Huergo is a versatile freelance teacher and illustrator. He has worked as a children’s illustrator for stories among them for companies such as Unicef Argentina, drawings for institutional videos for Coca-Cola Femsa Argentina, among others. He makes the art and design of numerous musical bands and fantasy illustrations. As a colorist he participated with flats in several issues of Mice Templar and Bad Dog for image comics. And independent publishers like Elyce and Fields with Calvin Sands. He is also co-founder of the studio “Torre Nómade Art Studio.”
Leandro’s Silverline Checklist:
Kayless