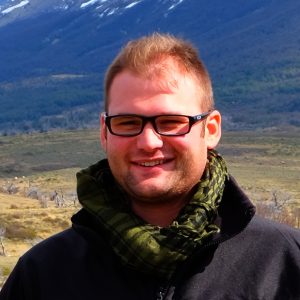 Rory Boyle is a 33 year old Ohio native, currently serving on active duty in the US Coast Guard for the past 12 years. When not working or traveling he is fleshing out multiple stories at once. Adventure, horror, poetry, nothing literary is safe from his mind’s grasp. He and his co-creator Scott Wakefield met while stationed in Buffalo, NY together where they became fast friends. Their nerdy commonalities were a perfect mix and led quickly to the idea of steampunking the American Revolution. A novel was written, then rewritten, many publishers and artists (and even a band!) came and went until the amazing people at Silverline Comics and their fearless leader Roland Mann took a chance on the brainchild that is Steam Patriots.

While new to the comic scene he’s excitedly absorbing all the new lingo and nomenclature as quick as possible. This new world of possibilities is a treasure trove of limitless ideas and experiences that will certainly be a catalyst for exciting new projects. Soon he’ll back to the civilian life, pursuing education and more travel.

He can be contacted through Facebook or directly at RoyalAirships@gmail.com