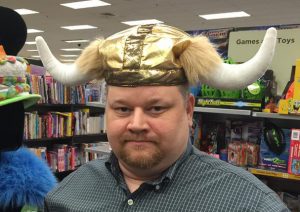 Quinton J. Bedwell is an artist from Mississippi currently residing in Texas.

He has worked professionally in many forms of art over the years such as an Illustrator, Airbrush Artist, Graphic/Digital Art and design, Commercial Advertising, Story Boarding, Board and Card Game Art and Development, and Comics.

Quinton has worked in the Comic industry as an independent interior, cover, pin-up, and concept artist for various companies since 2008. Approbation Comics’ Chaos Campus, Ac Comics’ Femforce, and Doomsday Press’s War of the Fallen are a few of the companies and titles he’s worked on.

His most recent endeavor was Relic Quest the Board Game which can be found on Gamecrafter.com. Currently he is Penciling and inking Trumps #3 as well as the Knight Rise mini-series for Silverline Comics.

When not plugging away at a computer or art board he is an avid collector and consumer of comics, books, games (video/board/tabletop/card) and collectables. He is also a crafter and writer and likes to delve into different forms of art.