Up this time is Roland Mann, a comic book writer and editor who has worked for such titles as Cat & Mouse, Miss Fury, Planet of the Apes, Battletech…and for such companies as Aircel Comics, Adventure Comics, Eternity Comics, Caliber Press, Comico, and others…as well as his work for Silverline Comics, of course. 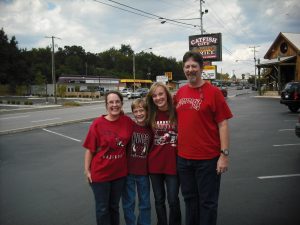 I’m Roland Mann. I was born in Memphis, Tennessee, and grew up in Mississippi. I often call Arkansas my home, because that’s where most of my people are. Anyone who knows me knows that I cheer for the University of Arkansas Razorbacks…that’s kinda in my blood.

I’m the co-founder (along with Steven Butler, who went on to a stellar career!), chief wrangler of getting things done, and writer of a bunch of things.

The first volume of Cat & Mouse saw print in 1989 under EFGraphics. It then moved to Aircel Comics (a division of Malibu) for the complete run. I wrote other comics for companies like Adventure (Planet of the Apes), Eternity (Battletech), Caliber (Krey), Comico (Vortex), Malibu (Arrow, Ex-Mutants), and even had an Ultraverse title (Eliminator). A lot of people know me for my editing time at Malibu, though, where I edited the Protectors line of comics as well as a bunch of Ultraverse comics.

I don’t have a whole lot of spare time since re-launching Silverline as I teach creative writing at Full Sail University. I enjoy spending time with my family. My hobbies are mostly boring as I love to both read and write in my spare time. I’ve got three finished novels that I’m hoping to do something with some day. I’m a huge student of history and was a civil war reenactor for several years until I just couldn’t find the time to put in to it. While I still enjoy it, it isn’t very PC today.

Cobra. It was an independent comic published by the guy who ran the local comic shop. It was the first time I ever met anyone who’d worked on a comic. I bought it. Read it and immediately thought “I could do this!” 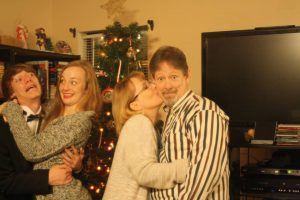 I’m a metal/prog rock guy. I don’t really do a lot of variety. I pretty regularly listen to Neal Morse and Theocracy. There are others, of course, but these two always work their way to the top. Neal Morse puts out so much new music, he’s an inspiration to anyone who creates!

SILVERLINE: Who were some of your earliest influences on your writing ?

In comics, that’s easy: Stan Lee, Roy Thomas, and Steve Englehart. Otherwise, Ray Bradbury, Isaac Asimov, and Stephen Crane. It’s been a couple of years, but I read Red Badge of Courage every couple of years.

I can. Oh sure, there are things I’d edit today. But while it was my first professional work, I’d been honing my craft of writing for several years.

I think Elementals should be read by all. Scout is another favorite of mine. I also like Bone, Cerebus, Saga…and several others that I’m drawing blanks on right now. 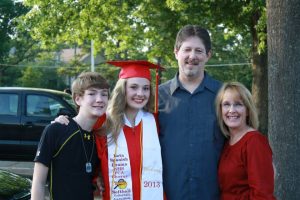 It isn’t enough just to learn how to write and tell stories, learn to navigate the business end of things and learn how to market. You can write the greatest story in the world, but if no one knows about it, you’ll only hear good things from your friends and your mama.

An overpass. I like the idea of high-fiving everyone as they pass by!