This week is another quick update while I work on the history book for Wolf Hunter.

Recently Roland Mann had an interview with Two Geeks Talking. Since they did us the favor of having him on, I figured we’d do them the favor of shouting out that interview.

Give it a watch and we’ll catch you next week!

Got a short update for you all today. My hard drive crashed, and I got more of that Wolf Hunter History Edition to write. We’ll have a proper craft article for you next week.

Just letting you know that we have a new Kickstarter that is live now! Go check it out. 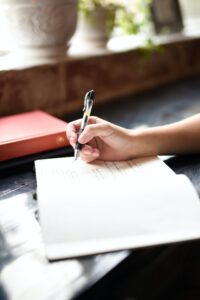 A question that perhaps should be asked more often is “How do I write a script for my comic?” A lot of people get a great idea for a comic and sit down at their keyboard only to realize that they don’t know how to write a comic. So if you Googled this and stumbled across this post, good on you. You’re ahead of the game.

The secret to comic scripting is that you can do it any way you want to. Whatever works best for you and your artist, is the right way. If that’s half coherent notes on a napkin then so be it.

However, if you want more guidance, there are two more structured schools of thought when it comics to writing a comic script.

Today’s post is about the style that I prefer to write in. Full Script, or DC Style.

Is It DC Style or Full Script?

The detectives among you would have already noticed that I used two names interchangeably. DC Style and Full Script. Full Script is the more formal name and it’s more descriptive.

The idea of the different styles being defined by DC or Marvel has become outdated. Not only do they share so much of the market with other publishers now, but also editors are less picky. If the script gets turned in on time and meets their standard of quality, that’s what they care about.

So for the most part, we’ll be referring to this style as Full Script.

Full Script looks how it sounds. Before you turn anything over to your artist or managing editor, you have the entire script written on the page.

That means that each page is labeled and broken up into panels. Each panel has a full description of the background and the action taking place. All the characters have their dialogue written out and attached to the panel it should be in. Every sound effect is listed and defined for the letterer and artist to collaborate on.

I’ll attach a picture of Wolf Hunter’s script since that was how I wrote the book. 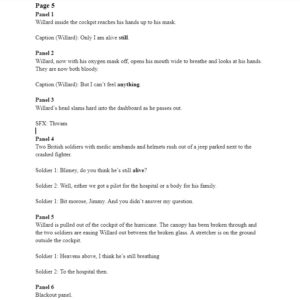 So no you know what it looks like. How do you put it into action and write your first script for a comic book?

Clear Communication With Your Artist 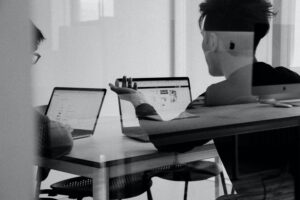 The idea book is scripted out by the time it gets to your artist. It is much easier for them to visualize what you had imagined for each scene. It also gives them more context to use if they want to offer changes. It makes the experience feel more collaborative since everyone has the same amount of information as to what the end product will be.

Having the dialogue written first allows the characters to come alive as written and use that to lead the actions in the illustration. It prevents the problem of having to rewrite dialogue and possibly change the flow or outcome of a scene based on illustrations that came as a result of your intention being unclear in a summary.

This style of scripting gives you room to set up large changes or reveals. You can purposefully place small details throughout the script to be paid off later. As stated in the point above, dialogue can shine through in this format. If you write strong characters and want to use their voices to tell personal stories, this format could suit you.

This format is much more time-intensive than writing in Page Summary. Make sure to cut out and protect your writing time to make sure you can complete your script.

Can Feel Overbearing (Easy to Get Attached To Your Writing)

Your artist may want more freedom with their illustration. Don’t get too attached to every single detail you write out. Remember, comics are collaborative.

While writing Wolf Hunter, AJ made tons of changes to panel layout and certain panel elements. I used this format as a way to give him context so that he knew what was important and where I wanted to go. All of his changes got us there in a way that was more visually appealing. I didn’t quash his feedback by saying, “that’s not in the script.”

Easy to Get Wordy

It can be all too easy to get wordy in with this method. Either your dialogue runs on too long, or you stuff too much detail into one panel description. Keep your internal editor on the lookout. If you feel like you’ve written too much, you have. Don’t be afraid to cut something or get feedback and ask if it’s really necessary.

I hope this post gave you the information you need to write your first comic book script. If have any more questions or feel like I missed something, leave a comment. I hope to catch you very soon.

Until then,
Make Mine Silverline