You heard that right folks! We’re doing some dark science! Using the power of technology we’ve brought the dead back to life! Or at least have brought another Silverline Classic back to print with another Remix.

It’s not alone either. We are launching two brand spanking new titles at the same time. For a total of three, you head me right, THREE books in one Kickstarter campaign. Remember a Silverline Kickstarter is essentially just the preorder with a chance to get some extra goodies. Psssst, it also really helps the analytics so if you back it, that tells us you want more.

These are some truly dope titles, and I really can’t recommend them enough if you are fan of Sci-Fi. 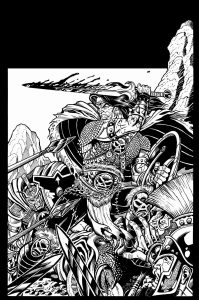 When a band of mutant warriors attack a human tribe, a young human boy is taken alive. Given the name “Krey,” he is raised with the very mutants who killed his family. as the young boy grows, he desperately wants to be a warrior and join the men in war. When humans attack his village, he just might get that chance. 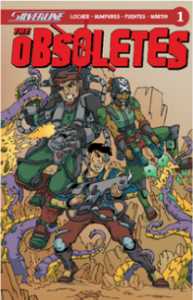 Brand new, and from the brain of my friend Wes, and featuring art from my Tuesday co-host Aaron, The Obsoletes!

When a group of grizzled intergalactic prospectors are accidentally thrust 20 years into the future, they’re faced with a very different reality. The world they knew is unrecognizable and their profession has changed, becoming more deadly than ever. But rather than ride off into retirement, the crew of roughnecks sets out to prove that they’re still the best in the game… even if they are a little obsolete. 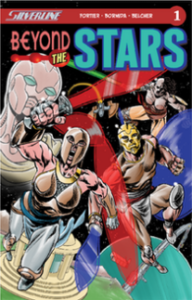 If a space opera is more of your jam, than Beyond the Stars might be for you!

When a galactic spanning entity threatens the Empire of Man, Haven’s corp of Science-Warriors is called upon to save mankind. Led by Kal, a fearless servant of the All Mother, and Prof. Yonel Travane, an expert on lost alien races, their team will sacrifice all to challenge this unimaginable horror from beyond the stars.

Beyond The Stars #1 is science fiction/action; full color, 22 pages. It is the first of a six issue mini-series. The comic is completely finished. Ron Fortier – writer; Andrea Bormida – artist; Mike W. Belcher – letterer.

Again, I can’t recommend these books enough. If you like sci-fi you need these on your shelf. There is something for everyone and again, this is a rare occasion for Silverline with three books for offer at the same time.

Please check it out, (give our analytics team their data) and get yourself some dope comics.