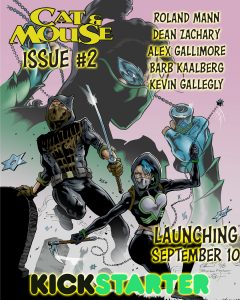 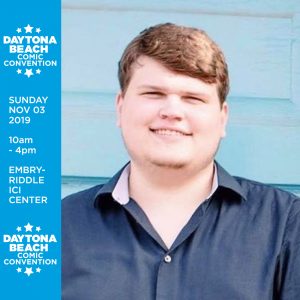 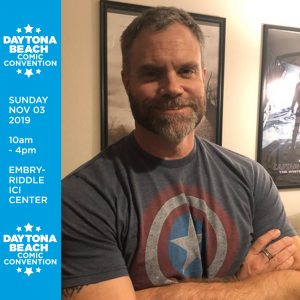 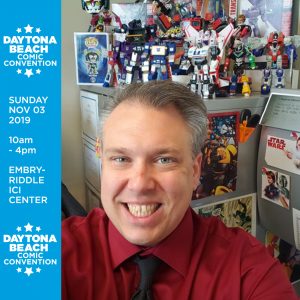 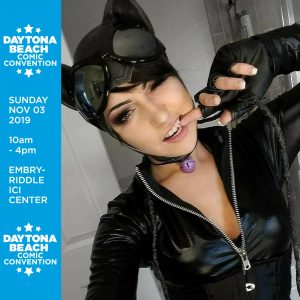 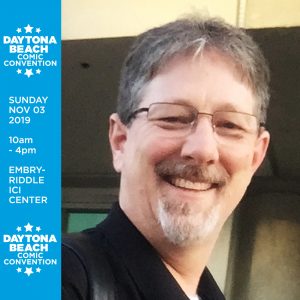 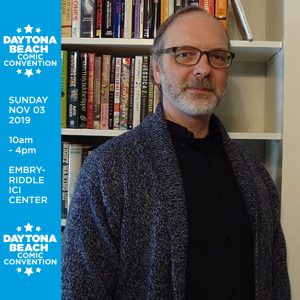 You can find your favorite Silverline creators here September 2019:

RAJ: My name is R.A. Jones and I was born and raised here in Tulsa, Oklahoma, where I still reside.

And, yes: like many people born in Oklahoma, I have been told that I do have a little Indian blood!

RAJ: I am a writer, currently working on the series Twilight Grimm and Divinity for Silverline.

RAJ: Depending on how old you are, you might have seen my work as long ago as the 1980s, when I wrote a review column for the comic book fan magazine Amazing Heroes.

As far as actual comics credentials, I did quite a bit of work for Malibu Comics, including Dark Wolf; Scimidar; Merlin, The Protectors; Ferret; Star Trek: DS9 and their Ultraverse Line.

I have also written for Marvel (Wolverine/Captain America); DC (Showcase ’95); Dark Horse (Harlan Ellison’s Dream Corridor) and Image (Bulletproof Monk).  The latter inspired a movie of the same title; and two short comics stories I wrote were adapted as episodes of the French television series The Metal Hurlant Chronicles.

In recent years, I have mostly written prose novels, including The Steel Ring (using some of the same Golden Age superheroes who appeared in The Protectors); Deathwalker; Scimidar; and Comanche Blood.

SILVERLINE:Many creators at Silverline have been in the comics industry for years — what’s kept YOU plugging away at comics?

RAJ: It was Stan Lee and the Marvel Comics of the 1960s that first inspired me, when I was just a boy, to want to become a writer.

(I still keep a small bust of Stan next to my computer for inspiration.  No lie!)

Like many comic book creators, I was/am a movie buff as well – so the idea of telling stories through pictures seems to be kind of hard-wired into our creative DNA.

By the time I actually started submitting work to editors, my specific desire to write comics had evolved into a more general desire to just be a writer, period – in any form or medium I could.

But obviously I still possess a special love for wedding words with images – and still get a big kick out of seeing one of my written scripts turned into a visual story through the talents and efforts of artists.

RAJ: While I had voraciously read anything that fell into my hands since the first or second grade, it was a specific spring day in 1965 that really sealed my fate.

That was the day I actually bought my first comic book, off the spinner rack of a neighborhood drugstore.

The book was Avengers #17 (first series).

To the best of my memory, I had no previous exposure to or knowledge of Marvel Comics or any of its characters – so why I bought that particular book, I couldn’t say for sure.  But it hooked me as quickly and strongly as if it had been crack cocaine!

About the same time, I wrote a short “play” that was performed in front of my fifth grade classmates.

I’ve been writing ever since.

SILVERLINE: Who were some of your earliest influences on your writing?

RAJ: Obviously, Stan Lee would prove to be an early and powerful influence. Shortly after I started collecting comics, the work of Roy Thomas would make a strong impression.

Outside of comics, I was always drawn to the work of such adventure writers as Robert Louis Stevenson and Jack London.  I was a big fan of Edgar Rice Burroughs work, especially the Tarzan and Pellucidar novels.  In the summer of 1967, I discovered the first of the Conan the Barbarian books that made me a fan of Robert E. Howard.

Movies also left their mark on my creative psyche.  The authors work that stood out most starkly to me was often in films that adapted stage plays (Inherit the Wind; 12 Angry Men; Cat on a Hot Tin Roof).  The directors (Hitchcock; Leone; Ford) taught effective ways to blend words and pictures in telling a story.

Through a sort of “creative osmosis” common to all of us in the arts, and often on an unconscious level, all these and more combined inside my brain to become my “style.”

SILVERLINE:What was the first comic you ever worked on professionally?

RAJ: My first professional work in comics was actually as an editor for a small, short-lived independent publisher called Elite Comics. There I worked on such titles as Seadragon and Epsilon Wave.  They were gearing up to release the first series written by me when they suspended publication (That series was Dark Wolf, done a short time later for Malibu.).

RAJ: I’m reminded of a scene in an early episode of the TV sitcom Happy Days. In it, the character “Fonzie,” when contemplating how he should position the rearview mirrors on his motorcycle handlebars, says something like: “Eyyy – I’m not interest in seein’ where I’ve been – I’m interested in lookin’ cool gettin’ where I’m goin’!”

I seldom look back at even recent past writings unless I need to for reference purposes.

I do feel sure that in everything I have written – both then and now – I tried and try to make it the very best I am capable of.

RAJ: Flippantly, I would tell him to write lots of letters of comment to DC editor Julie Schwartz, who often rewarded such correspondents by giving them pages of original art! Have you seen what those pages sell for nowadays?!

Seriously, I would probably tell him to do even more and better at networking.  Like any and all other businesses, the contacts you make in comics – with other writers, with artists, with editors and publishers – can prove invaluable to you in getting and keeping assignments.

For young writers and artists today, I think a tool that did not yet exist when I was coming up through the ranks – personal computers, the Internet and Social Media – is one they should try to fully exploit!

RAJ: A parking lot – it’s much less likely to collapse and kill people.

But I’ll settle for hoping that a hundred years from now a few people might still be reading a story with my name attached to it.

Keep an eye out for the titles Twilight Grimm, Divinity, and White Devil, coming soon from Silverline Comics!